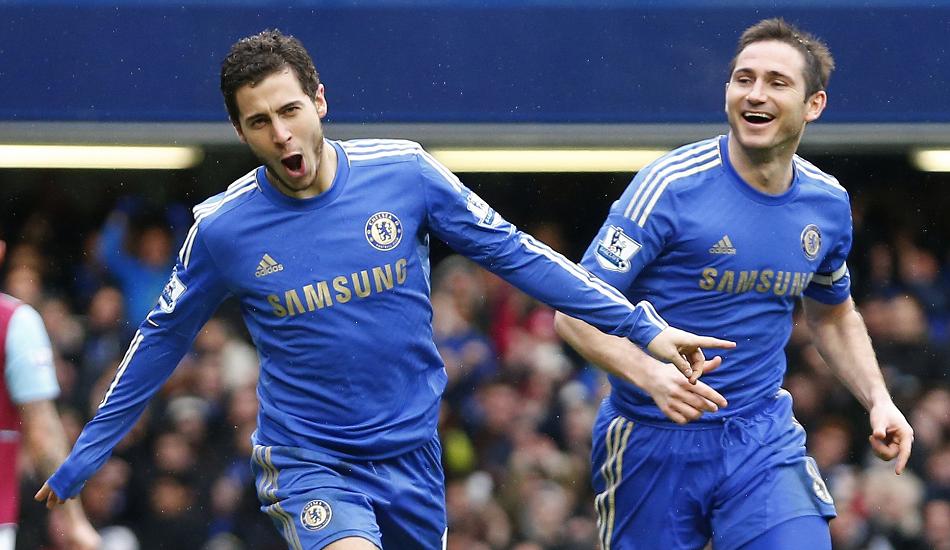 Speaking on BT Sport, Lampard insists that Chelsea will have no issues keeping hold of their talisman, so long as he keeps performing at the same level, he said: “If you are Eden Hazard or any top player in the world, the talk of Real Madrid and Barcelona will always hang over you whether it’s spoken about out loud in the newspaper or whether it is just a fact they go after the best players in the world.

“Eden Hazard is one of those so I don’t think it’s going to be any problem. He’s very aware that probably for the last two or three seasons that these big teams would like to take him from Chelsea. He doesn’t change anything as long as he performs week in week out. And he certainly has in recent weeks, then nothing changes as far as I’m concerned.”

Hazard has been on a purple patch with the Premier League champions this campaign, and he continued his fine form with an assist during the 1-1 draw against Liverpool on Saturday. The stalemate sees the Blues cement their third spot in the standings, but they could potentially be 11 points adrift of the Citizens following the matchday.

Chelsea have also qualified for the last-16 of the Champions League via a 4-0 win over Qarabag, and Antonio Conte would no doubt want to add a couple more recruits to the squad during the winter transfer window. The west London giants currently have one of the smallest squads in the top-flight in terms of top-class talents, and the Italian is likely to stress the need for further signings in order to compete on all four fronts in the second half of the season.