ODEGAARD HOPING TO GET BACK ON TRACK

content  February 21, 2017  Comments Off on ODEGAARD HOPING TO GET BACK ON TRACK

Real Madrid’s Norwegian teen sensation, Martin Odegaard was once one of the hottest properties in world football. 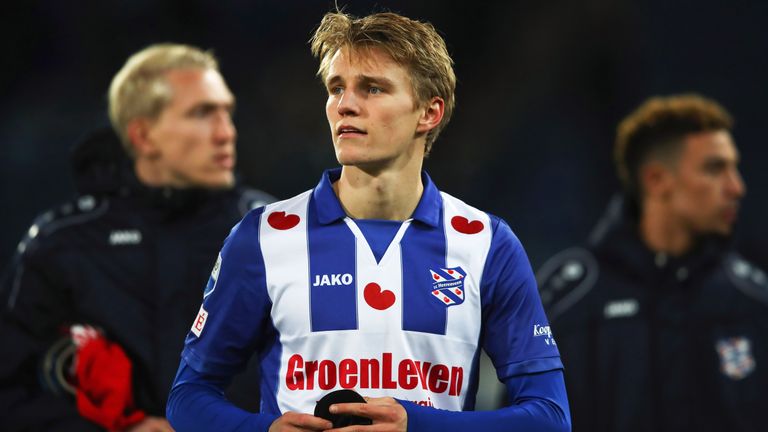 Joining Dutch side, Heerenveen on loan, we look whether the 18 year-old’s development might now begin to fulfill his huge potential.

Odegaard had the footballing world at his feet when he was signed by the Blaugrana in 2015. The precocious playmaker had been scouted by Europe’s topmost clubs, after he was inducted into Norway’s nation team at the age of 15, and he arrived in the Spanish capital to a backdrop of frenzied hype and expectation.

There was too much media attention for such a young player after just making 15 starts for boyhood club Stromgodset in the Norwegian first tier. However, after months of speculation around his future, the money-spinning move to Madrid was seen as the first big step to greatness. The starlet certainly pushed all the right buttons at his unveiling, described the moves as “a dream come true” and lauding Cristiano Ronaldo as his favourite player.

The 18-month loan deal opens up an opportunity to showcase his talent in top flight football to the player haven spent last two years in Madrid’s Castilla B team in the third tier. He made his debut as a late substitute in Saturdays 2-0 win over Ado den Haag, and he will be hoping for a first start when they take-on PSV Einghoven this weekend.
Hopefully, his development in the Dutch League could see him force his way back to spotlight at the end of his year-long loan deal.