IS ZIDANE A LUCKY MAN?

Current Newcastle coach Rafa Benitez as at February last year was in charge of Real Madrid. 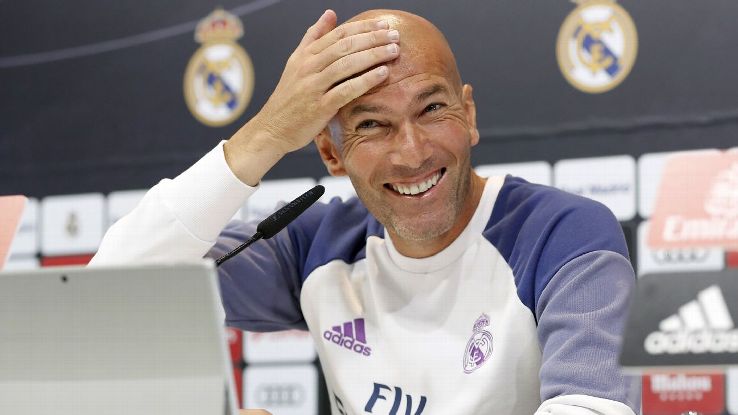 The Spaniard who by the way started his career at the Bernabeu before his sojourn to Valencia, Liverpool, Napoli, Inter, Chelsea and back home replaced his not so-good-a-friend Jose Mourinho after the Portuguese “mutually” parted ways with Florentino Perez’s club.

The Spaniard came to the club with real intent to make the Galacticos better after Mourinho’s tumultuous reign. It only took six months for club officials to realize the experiment was flawed with the 4-0 defeat to eternal rivals Barcelona at the Santiago Bernabeu cutting the string of patience tying Perez’s hand from pressing the red button earlier.

Names like Klopp and Ancellotti- the guy that landed them the La Decima it took them years to seek – was expected to be flashed on the front pages of dailies across town instead Perez upgraded Zinedine Zidane- who was then serving as assistant coach – to the hot seat. Reactionary gasps of “what the hell?” predictably followed the announcement till fans had concluded that it won’t be so bad for the French man to see out an already derailed campaign as they expected a high profile coach in the summer.

Well somehow, after a slow start, Zinedine Zidane whipped his men into the best of shapes and they would go onto finish one point behind La Liga champions Barcelona who had a much higher gap no thanks to Benitez. It didn’t end there. The caretaker coach led the Whites to an 11th UEFA Champions League title. It was ecstatic and euphoric and almost poetic since Zidane was a former player who lifted a similar trophy as a player with an outrageous volley against Bayern Leverkusen in 2002.

Still, the lull of doubt didn’t go away. Roberto Di Matteo did the same for Chelsea in May 2012 and by December that year his inexperience exposed him and made his Champions League journey look like an act of sheer serendipity.
That’s why question marks hung over Zidane even after delivering the most prized trophy in European football. In a move that astonished lot of people, Florentino Perez decided to formally name Zidane head coach. Who could blame him as non-sentimental as Perez can be, firing a man who delivered such goods is a road that even the steeliest of all men will decline to travel.

Some ultras even concluded by revitalizing the theory of Perez’s special likeness towards the Frenchman after all it was rumoured that Zidane’s position as assistant coach – a post Ancellotti offered him – under Benitez despite Ancellotti’s dismissal was a bid to serve as the king’s eyes and ears.

For whatever accusations the former Juve player do face, it will be unfair to write off the calm, organization, positive atmosphere and new sense of resilience – a gospel currently spearheaded by skipper Sergio Ramos – as luck. If anything, it’ll safe to say that he made his own luck. A careful observation of the current squad reveals a spirit of togetherness and close knit brotherhood, qualities that are sometimes even more important than just having a sea of talents and it sure as hell takes more than luck to figure out a way to fit such talents into a workable machine.