REAL BOSS ZIDANE TO GET EXTENSION

content  May 4, 2017  Comments Off on REAL BOSS ZIDANE TO GET EXTENSION

Reports making the rounds in Spain have it that Real boss Zinedine Zidane is set to get a new deal from the club. 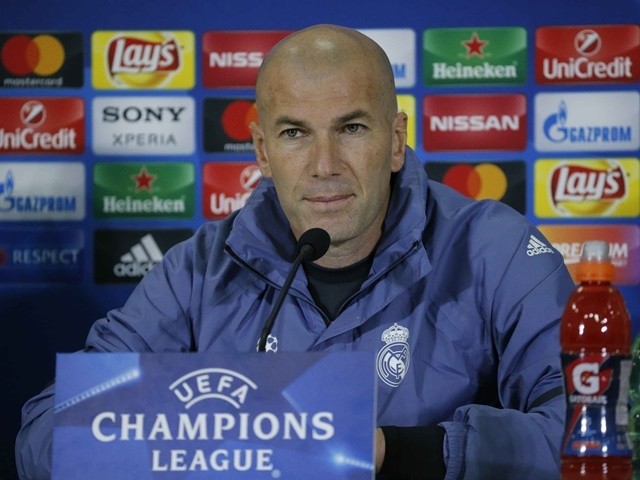 The club’s chair Florentino Perez is reportedly okay with the performance of the club’s former player turn coach.

Real Madrid are keen on winning their first La Liga title in five years as they sit three points above an embattled Barcelona team with a game in hand. Zidane’s current deal would lapse at the end of next season but Perez wants to begin talks as he is impressed with his achievement.

In Zidane’s tenure, Real have won the Champions League, the Super Cup and the FIFA world Club Cup. Zidane supervised a resurgence that saw Madrid finish a point behind Barcelona last year despite all the slip ups all along.

Real Madrid have a 2-1 advantage over Bayern Munich after getting a victory in Germany. They are expected to wrap up the victory with the return leg at the Santiago Bernabeu on Tuesday. Bayern have a depleted defence with Jerome Boateng and Mats Hummels recovering from injuries.

Zidane rested seven players in the game against Sporting Gijon, where Isco played brilliant football to give them victory. Zidane is leaving no stone unturned as he seeks a semi-final spot in the continental tie.

Zidane has continually ignored comments over his future as he continues to plan for the current and next season. The manager would be the second man of recent to get a contract extension since Jose Mourinho.